Concisely written and filled with historical anecdotes of key individuals and events, this authoritative volume is presented in three parts, covering both mainland and maritime Southeast Asia:

Superbly supported by over 200 illustrations, photographs and maps, this volume provides real insight into one of the world's most distinctive but complicated regions, at a time when Asian countries are beginning to set the pace in the global economy.

Arthur Cotterell was formerly principal of Kingston College, London. He has lived and travelled widely in Asia and Southeast Asia, and has devoted much of his life to writing on the region. In 1980, he published The First Emperor of China, whose account of Qin Shi Huangdi’s remarkable reign was translated into seven languages. Among his recent books are Western Power in Asia: Its Slow Rise and Swift Fall 1415-1999, published in 2010, and described by The Japan Times as “three-dimensional historiography at its best”; and Asia: A Concise History, published in 2011.
Categories :
Tags :
authors : 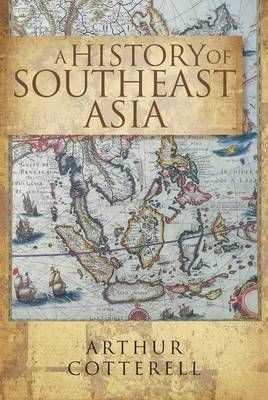