The neighbourhood felines of Avenue 1 are back, with curious new additions!

Theodora Tuxedo wasn’t the only feline to arrive and stay with Eugene’s family at Block 223. Firstborn, a son Satu (also a tuxedo but in white mess dress), would plop out with a mewl into Stepdad’s pyjama pants one early Sunday morning, with tortoiseshell Dua and calico Tiga to follow.

There’s a lot to learn if you’re a kitten: how to use your whiskers, how to know when a rat is a rat (and when it isn’t) and how to accept the tail you’ve been born with. Loving her life now as an indoor cat, shunning her past life as a stray, Theodora can’t understand the kittens’ eagerness to venture back “outdoors” into the community.

Along with Theodora’s (and Zigzag’s) unexpected offspring, The Community Cat Chronicles 2 – New Kittens on the Block delightfully shares imagined stories of real residents, both two legged and four, around the housing estates of Avenue 1.

Lachlan Madsen is a creative writer/producer who has lived in Singapore for 20 years, working in television. He has considerable experience in the children’s genre, including writing and producing for Disney and Nickelodeon. The Community Cat Chronicles is inspired from residing in the Singapore heartlands, while observing and tending to the beloved community cats.

Eleanor Nilsson used to work as a teacher. She has had 24 books published for children, three of which, Tatty, The 89th Kitten and Pomily’s Wish, also feature cats. The House Guest, for young adult readers, won The Australian Children’s Book of the Year Award, two State Awards, and was shortlisted for the Gold and Silver Pencil Award in Holland. Several of her other titles have been translated into Japanese, German, Italian and French. 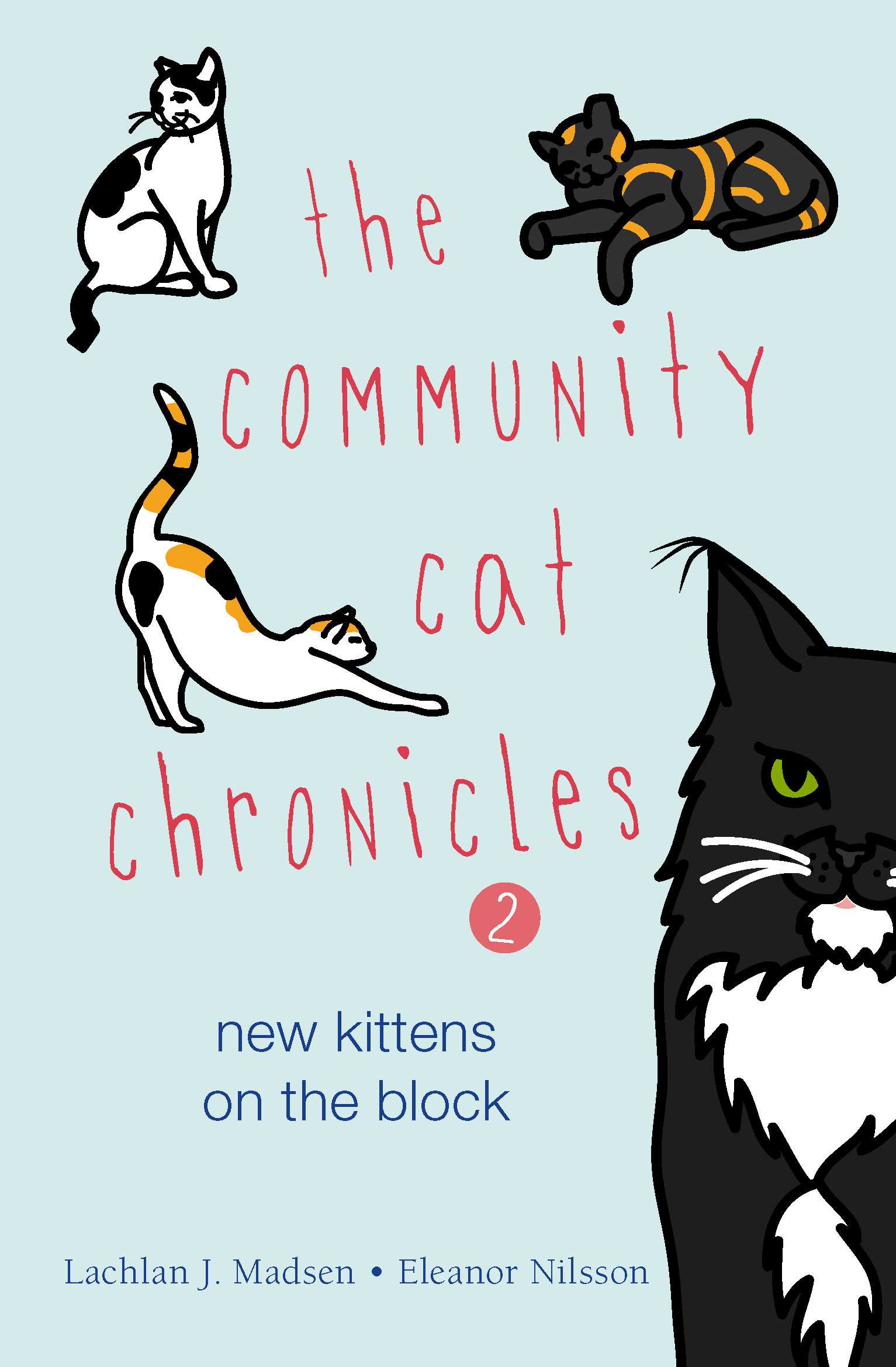