Blanche and Rose are two young cats who share their home with Grandma Dorothy and the feisty, opinionated tabby Sophia.

Sophia is the grande dame of the household and rules it with an iron paw, perched on her throne atop the pile of freshly pressed laundry. Sophia is also ill and requires a special diet and daily visits to the vet for her injections. She makes the trip each day in her favourite basket wrapped in her warm and familiar blanket.

One day, they bump into millennial Kardashian Tan, who tells Grandma Dorothy to dump the old cat and get a younger one.

What would Grandma Dorothy do? Is a pet for life? Or can they be replaced when they get old?

This is the heartwarming story of the bond between an old lady and her three fur babies.

Daniel Boey is a creative director, fashion show producer, TV personality and author who is known as the Godfather of Singapore Fashion. He is also passionate about rescue dogs and #AdoptNotShop. He has appeared on three seasons of Asia’s Next Top Model and written five books, including We Adopted: A Collection of Dog Rescue Tales. He is proudest of being papa to Leia and godfather to a host of rescue dogs.

Eugenia Cheok has always been fascinated by animals. She would secretly bring home stray cats, pat dogs by the gate, and even play with chickens and chicks. She spent hours drawing animals and creating fun stories about them. This inspired her to study animation at Nanyang Polytechnic and later obtain a BA (Hons) Design at Lasalle. She also drew cats on local TV series 'Heartland Hubby' and created cute animal animations for Sensodyne. Her love for animals and art goes beyond a hobby, it has become her life’s work. 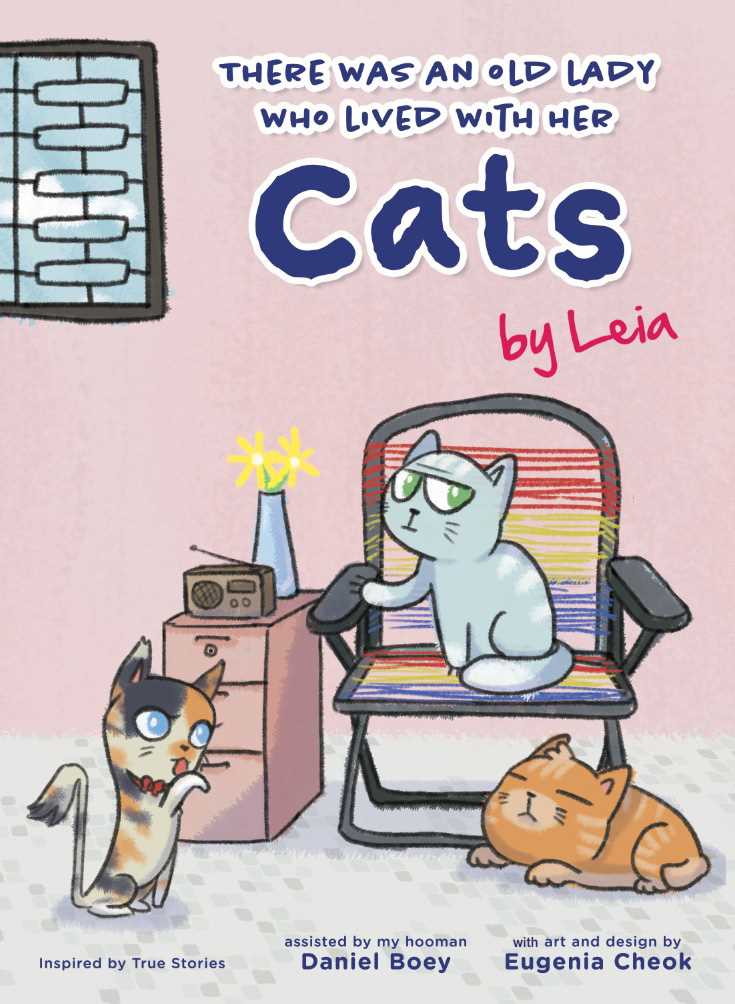