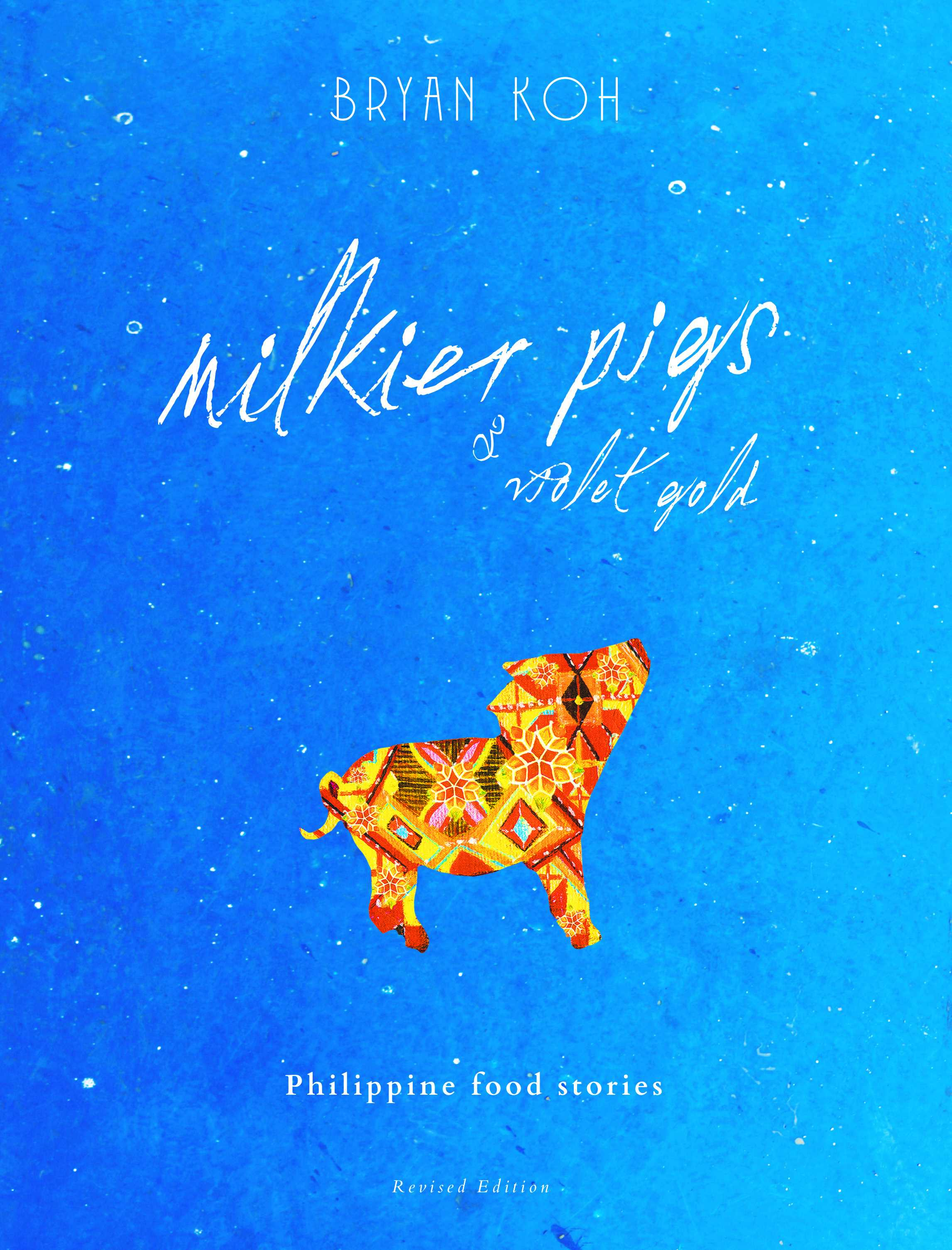 For Bryan Koh, Milkier Pigs & Violet Gold, marked his first foray into the world of cookbook publishing. It was the first Filipino cookbook written by a foreigner, inspired by the food he had enjoyed during his childhood and that which he encountered on travels throughout the Philippines. It was received with critical acclaim.

In the five years since its release, and ten years since Bryan first began traversing the country in the name of research, global interest in Filipino food has swelled, as has a curiosity among Filipinos about the regional and provincial delicacies of their homeland.

For this second edition, Bryan returned to the Philippines yet again and visited previously uncovered territories, such as Quezon, Maguindanao and Tawi-Tawi. The result is an especially vivid tome, with at least 20 new recipes, including hardinera, a festive steamed meatloaf; espasol, a sweetmeat of toasted glutinous rice and coconut milk; balo-balo, a green mango salad with salted fish and toasted coconut; piyalam, fish stewed with turmeric, onions and tomatoes; and puto kuhita, steamed tapioca cakes stuffed with sweet-sour braised octopus.

As with its predecessor, this new edition is sumptuous with food and location photographs, all of which were executed by Bryan, who also designed the book.

Bryan Koh is the co-founder of popular cake shop Chalk Farm. When he is not baking his acclaimed kueh salat, he is busy travelling the world. Bryan is also the author of Milk Pigs & Violet Gold: Philippine Food Stories, first published in 2014 and which was awarded Best Food Book at the Philippine National Book Awards 2014, and updated in 2016 as Milkier Pigs & Violet Gold: Philippine Food Stories. In 2016, his cookbook 0451 Mornings are for Mont Hin Gar won third place in the Best Asian Cookbook category at the World Gourmand Cookbook Awards 2016. The food and travel journalist has a Masters in Management Hospitality from Cornell-Nanyang Institute. 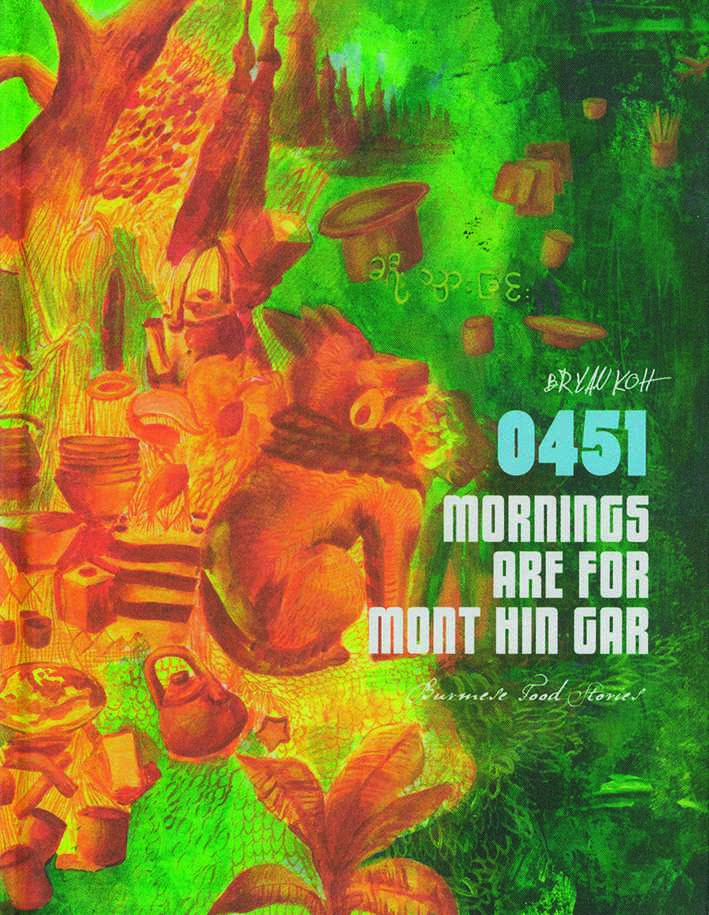 0451 Mornings are for Mont Hin Gar 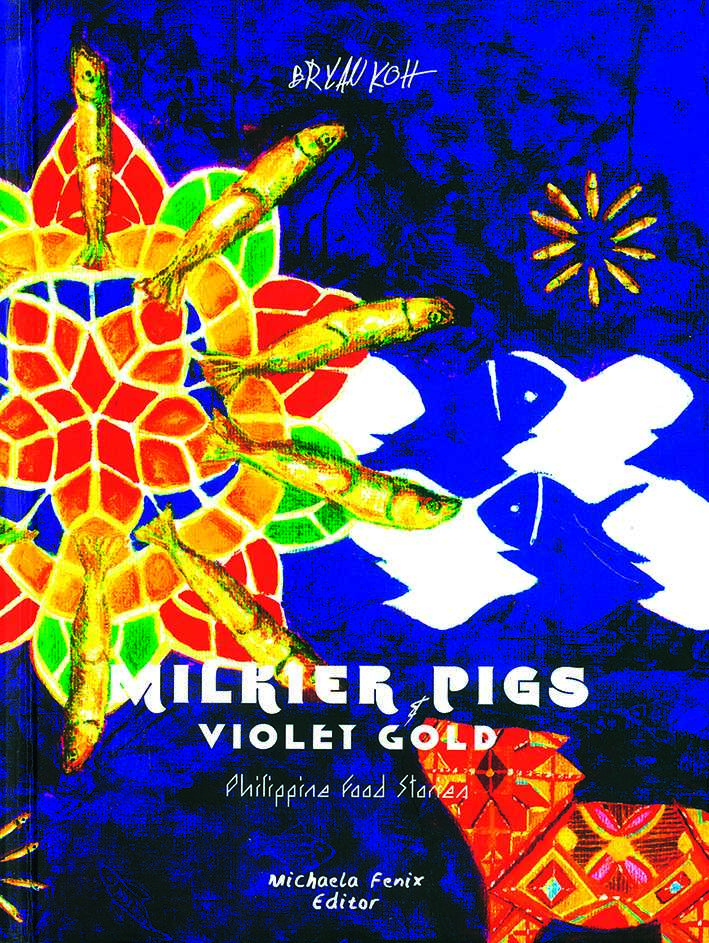 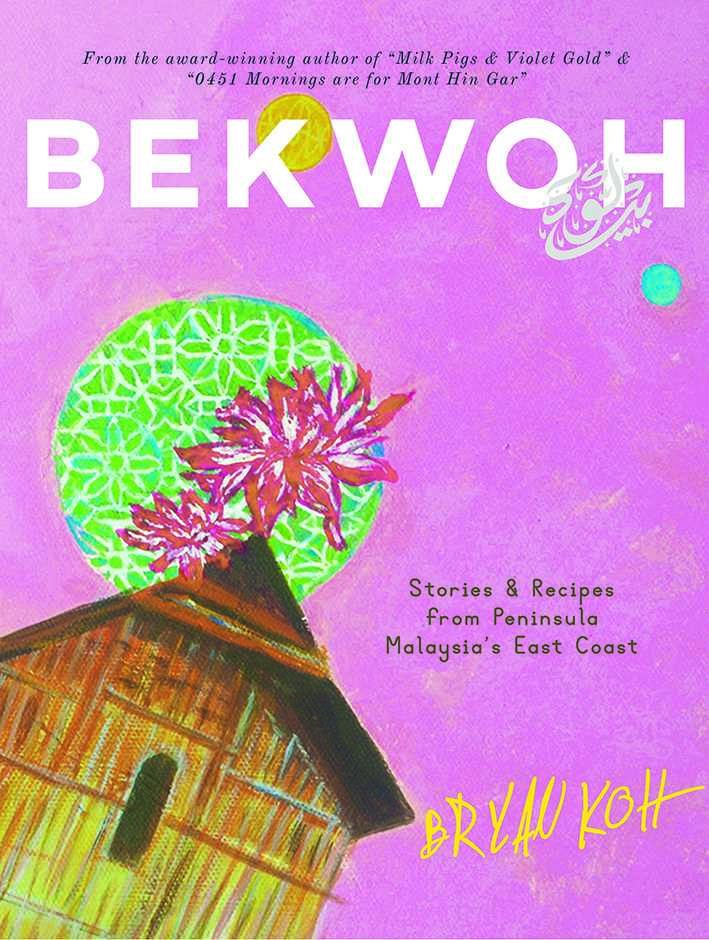